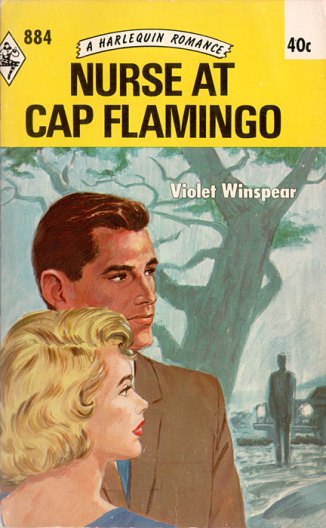 Mr FD and I are a little competitive with each other. Naturally, I win most of the time unless he cheats, which means I win all the time.

Our competition does take rather perverse forms at time. This week, we donated blood. I am always stunned that mine doesn’t in fact flow blue, but I suppose that does allow me to walk amongst the common people.

Mr FD is O group and I am A group. Mr FD is often contacted when supplies are low and feels quite special. The fact is that it is the most common blood group and hence the increased need, but he likes to pretend his blood is liquid gold. I allow him his fantasy, he has to have at least one…

We always donate blood together, for ever since I collapsed to the floor at work in the Basement of Discontent a couple of years ago I won’t donate during work time, or sadly without a carer. Luckily, nothing so drastic has happened since as I make an effort to eat and drink more on the day.

Mr FD likes to pretend he doesn’t know me and then say something to me, that someone other than a wife might not take too kindly, just to entertain unsuspecting medical staff. I know, he is a real hoot, isn’t he? Talk about original!

I just ignored him this week and got on with the business of saving lives. He had been processed before me, and completed his donation well ahead of me. In fact, his boast is that his blood pumped out faster than mine!  Thin blood that’s all; quality takes a little longer.

If he doesn’t quieten down soon, we will be timing how long it takes for him to bleed out on the kitchen floor. 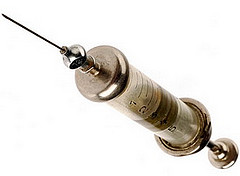 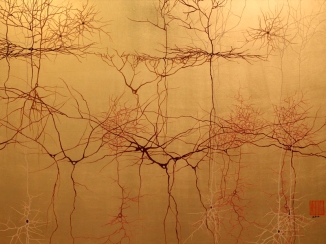 “Maybe young women don’t wonder whether they can have it all any longer, but in case any of you are wondering, of course you can have it all. What are you going to do? Everything, is my guess. It will be a little messy, but embrace the mess. It will be complicated, but rejoice in the complications. It will not be anything like what you think it will be like, but surprises are good for you. And don’t be frightened: you can always change your mind. I know: I’ve had four careers and three husbands.” 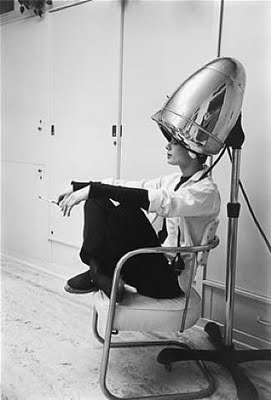 There I was minding my own business at the hairdressing salon, trying to stretch my small reserve of nice until I could retreat back into the Flamingo Dancer chateau, when I innocently mentioned that I was attending a librarian’s conference next week … and everyone laughed.

Librarians can be fun people.

You just wait and see. 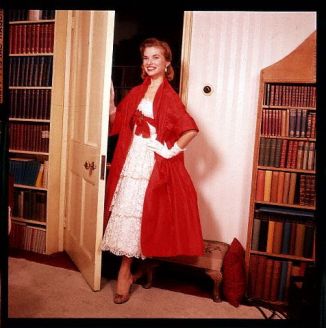 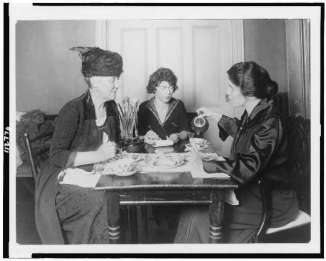 We lunched with Mum in the communal dining room yesterday. That was a bit of an experience…

I had phoned ahead to request extra meals which is a lovely service that the care facility provides. For nine dollars we got a two course meal of roast beef, vegetables and gravy; custard and sponge for dessert. It was exactly what the residents were having, (well except for the pureeing and mashing)  and it was delicious, so it is great to know that they are being served tasty, well cooked and nutritious meals.

We were seated at a small corner table with Mum (when I say we, I mean Daughter1 and I), but somehow managed to be the centre of attention for the dining room.

There were about 11 other residents (the poor man in the room across from Mum’s that called out during previous visits has since passed away) in various states of coherence, and so it was a thrilling room to play.

A man at an adjoining table was mumbling away and Mum kept thinking he was saying something she needed to respond to, “What? What’s he saying?” until I politely explained he wasn’t actually speaking to her. I don’t think she believed me, perhaps she preferred his conversation to mine. I was trying to be upbeat and chatty, repeating the same conversation over every 8 minutes as she appeared to only retain it that length of time, but I sensed her attention was not mine.

Then the matron came over and placed an extra spoon in front of Mum, for reasons known only to her, and Mum’s slight paranoia came to the fore and she decided that I had been colluding with the Matron to get her an extra spoon!  I had been sitting next to Mum the entire time and so how she thought I had achieved that I am not sure! Secret spoon code perhaps?

So, my diabolical plot to equip Mum with two dessert spoons exposed, Mum decided it was time I met the audience, and so announced loud enough for everyone to hear “I don’t suppose you know these people?” Ah no. So all eyes on us now (well the eyes of those who could still hear), she introduces us as her sisters. SISTERS.  And not one person blinked an eye. In fact, I actually noted two nodding their heads in agreement as though it was entirely possible that I was my 85 year old mother’s sister.

I don’t care if they are all old, feeble and demented; they are going down on the stick list for that one. Double laxatives all around. 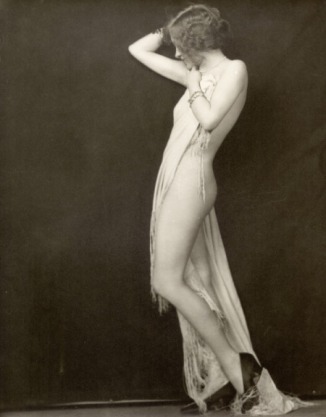 We went to speak with a builder, and while at the housing display village toured some of their display homes. 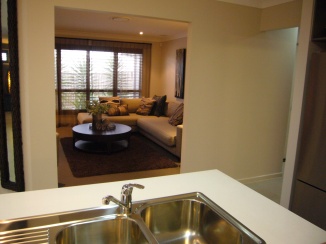 looking from the kitchen into the media room 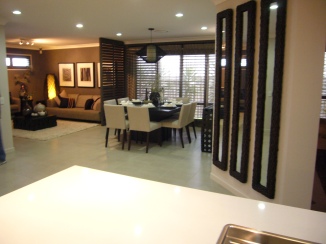 from kitchen towards living room and dining room.

These houses always look so wonderful as they are so beautifully styled and staged. Modern homes in Australia are very open plan – it suits our climate. We are very in favour of indoor and outdoor blurring into one. 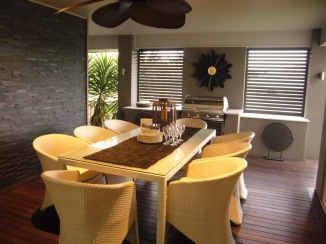 al fresco area, to the left is a sliding door leading from the main bedroom, to the right a built in outdoor kitchen 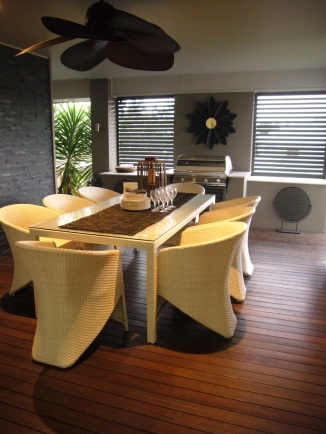 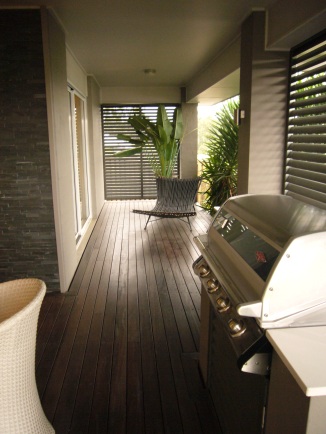 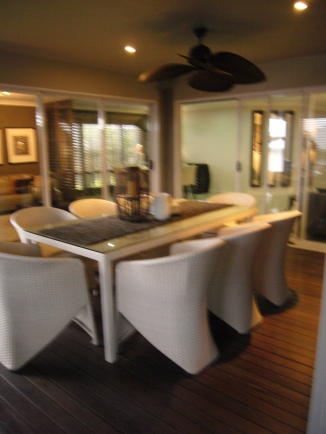 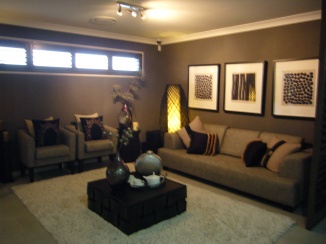 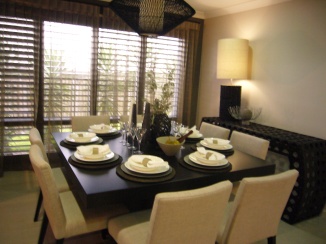 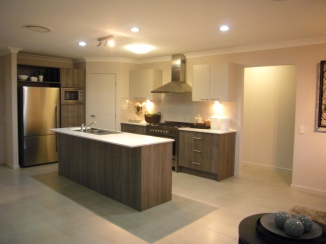 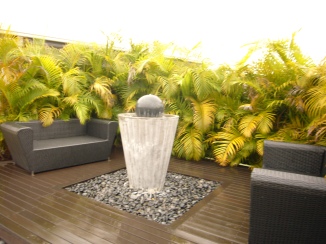 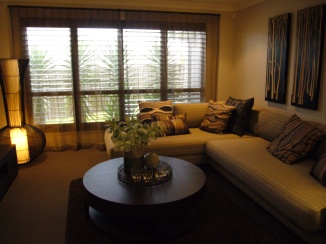 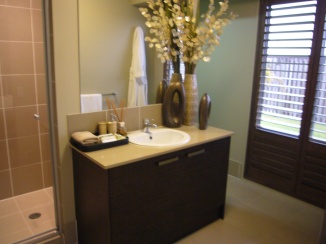 main ensuite bathroom – to the left is the shower, to the right behind the wall behind the basin is the toilet. 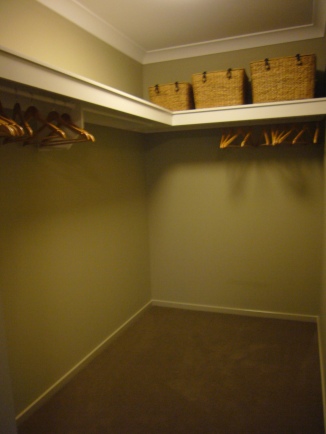 I am such a heroine. I finally sorted through the boxes in our garage, Yes those same boxes that have remained unopened since our last move – in 2002!

Nine boxes of  books are being collected by Lifeline today. I don’t know what possessed me when I was buying some of those books. I found a Jewish cookbook that I had bought through some crazy book club when I was about fourteen.

No, I am not Jewish, and at fourteen I could not cook either. I don’t know where I thought I might have purchased half the ingredients in a small rural town in the 1970s either. This was a time when eating grilled pineapple with our steak was considered exotic! 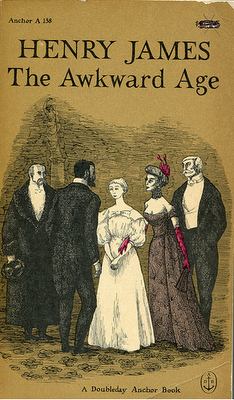 I remember once, my Dad arrived home with a carton of small tins of mushrooms in butter sauce that had fallen off the back of a truck (really it had fallen off the back of a truck! Dad owned a trucking company and it had been damaged in transport.) Once we got over the excitement of Dad bringing home a box with something inside it, we all just stood there looking at the cans. No one, least of all Mum, knew what to do with them. Foreign. I think in the end someone must have told Dad to put the sauce over his steak and he manfully ate his way through the entire supply. The rest of us ran screaming from something so weird!

So, what I was going to do with a Jewish cookbook, I have no idea. It was probably during my Simon and Garfunkel period when I was positive one or other, or both of them, would arrive on my doorstep at any moment and whisk me away to a life of sex and roll and roll (well, okay, folk rock!)

Just as well I didn’t know that Cat Stevens was Muslim, heavens knows what foods I would have been searching for then!

I have just been notified that I have received 1337 likes on my blog. You like me, you really like me!

Warm and fuzzy moment warning: the following scene may distress some viewers.

Thank you, my loyal band of subjects, all 173 regular readers and those lerkers with commitment issues (don’t worry, I am often one too!) You are the jewels in my crown, and I thank you for your friendship and support.

Another day in paradise…onward, ever onward.

[beauty bottler mate is Australian slang meaning it is terrific, or so good as to be worth bottling!]

Every time there is a natural disaster or conflict somewhere in the world, my evil side turns to Mr FD and laments “We should have shares in a tent making company. or a water container company!”

The other thing that one always see everywhere, and has even been in my own home after last house move is those red, white and blue striped plastic carry bags with a zip closure.

Yes, truly cheap and nasty, but so handy if storing blankets or quilts. We used several to throw the linen into last time we moved houses, and I thought I might do the same this time.

Usually they are stocked at the local discount stores so off I headed today. First one store, then two; by the time I walked out of the fourth store I gave up. Apparently,  they are persona non grata in the storage world. Maybe the supply was exhausted after all the recent disasters. In the end I had to settle for some large plastic bags.

How can this be? A world without those crinkly striped little carry alls that could be guaranteed to shred or rip if overloaded or allowed to age in a cupboard? What will the refugees use as they flee over the border? How will Flamingo Dancer move house without them for pillows, towels and small fluffy toys (I can’t throw everything out!)?

Is nothing sacred anymore? Another pillar in my existence, gone…

What things did you think would always be there but disappeared (besides girlfriends or husbands!)? 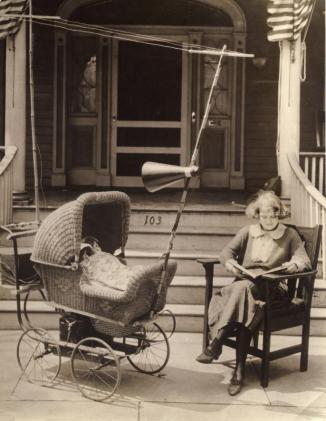 radio for prams – bet no one ever suspected that wasn’t a stayer!