Call us spontaneous, as with my sister riding in the back seat, we went in search of my mother’s family home. Mr FD and I had tried a few months back to pinpoint the seat of my maternal home, but as I was about 8 the last time I was in that area, and that is the odd decade or two (three or four, then) since, I was not sure of the way and we missed the turn off. My older sister was about 17 the last time she was there and so was able to locate it with more ease. Our great grandparents had settled the farm as new immigrants from Germany/Poland.

We pulled up and the present owner of the former dairy farm was working in the yard and so we asked permission to take a photo, though I would have even if he had said no! 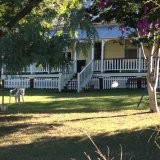 The house originally had iron lace all around the veranda which was removed and the veranda closed in during my mother’s childhood – with nine children, the two boys slept on the closed in veranda. Being a Polish/German family the farm was always pristine, with not a thing out of place in my childhood, with a very large Victorian style garden with neat rectangular beds edged in rocks removed from the fields as borders. There was also a large orchard, but all this is now gone and turned over to lawn. Still, the old home looked wonderful, and brought back so many happy memories for my sister and I.

Afterwards we drove to Spicer’s at Hidden Vale, which is about 20 minutes from our house,  for a late lunch. My sister had already lunched at the Home with Mum, so sister and I shared a ploughman’s platter and then scones with jam and cream. We sat on the veranda of the original homestead and took in the views of the valley plains below while a jazz duo played in the background. I am told it is how the other half live. 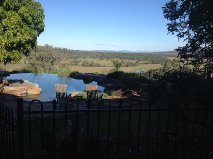 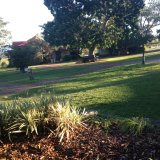 While there was much to photograph I had to share this photo with you – the toilet roll holder in the ladies toilet. It is the Australian coat of arms. How apt for the throne room! 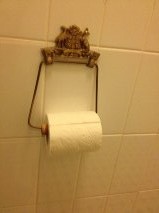 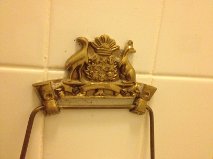 To read the history of the HIDDEN VALE area go HERE

4 thoughts on “The Queen was in the throne room” 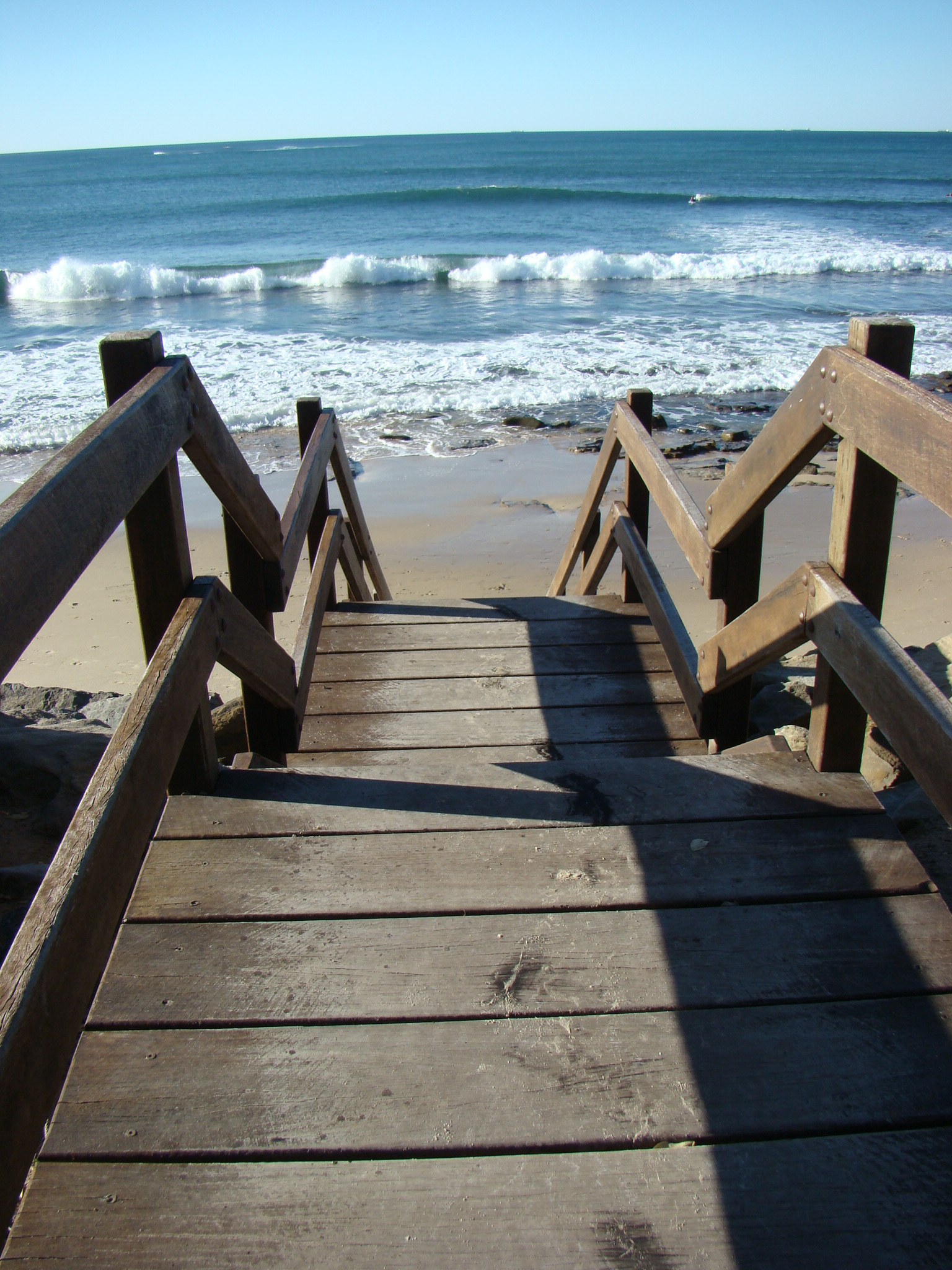