Mr FD and I drove to the city to attend the theatre. Daughter2 had given us tickets to the Lion King which opened recently in Brisbane. It was a matinee, because we no longer pretend that we enjoy going out at night, especially as we now live an hour drive from the city.

We arrived early enough to have a lovely lunch. I had pumpkin gnocchi with confit mushroom, thyme butter sauce and Pecorino Romano, while Mr FD partook of the seafood and saffron risotto with salmon, calamari, prawn, clams and lemon infused olive oil; both were delicious.

A joint decision was made that we would visit the bathroom before finding our seats. Mr FD of course waltzed right in, while I joined the tail end of the ladies’ line. I was still four from the front of the line when he reemerged. It was only as one reached the front of the line that a sign could be read: “There are only two toilets here. There are 9 on the next floor and 22 on the floor above that.” It would have been nice to have the sign where one commenced standing on line, not as one walked into the toilet!

I adored the costume design, and the incredible voices. At times so much was happening on stage that I didn’t know where to look!  Incredible puppetry by the actors too.

As it was school holidays and a matinee, there were a large number of children present, naturally. During the performance, when Simba tries to wake his father  Mufasa, who has just died, he calls out, “Daddy!” and a small voice was heard from the audience echoing, “Daddy!” It was such perfect timing, a star was born!

After the performance, we sat out the car park rush with a coffee, before our trip back to the country. The barista, who had served us our lunch, remembered me as I ordered coffee and welcomed me back.  Of course he remembered me, I am unforgettable!

They wouldn’t allow cameras during the performance, so I have photos of the Brisbane CBD skyline to share. Blue sky, spring day. 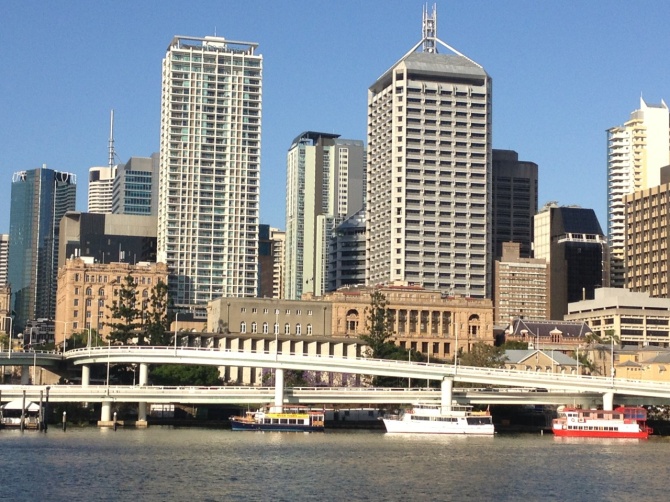 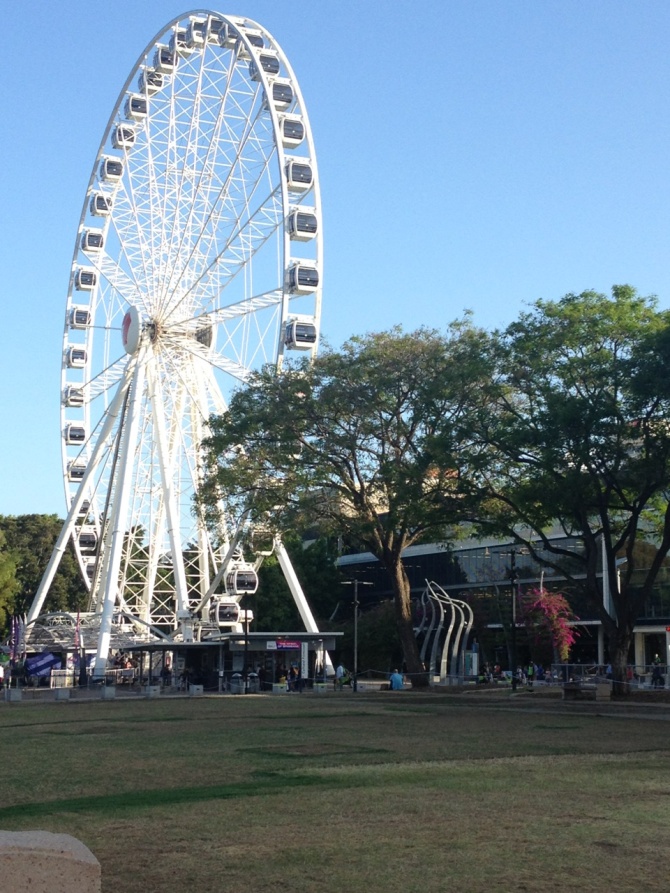 This is the parkland, adjacent to the theatre, QPAC, Brisbane

“I AM the current curator of the black trunk and the stories it holds within.”
― Hope Barrett, Discovering Oscar