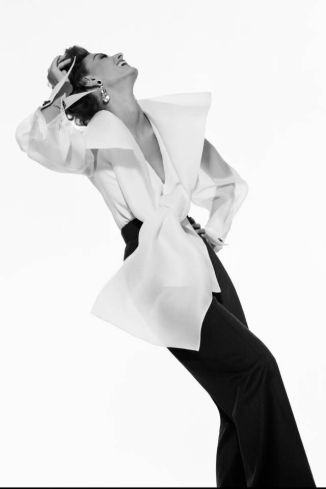 There is so much going on in my life  and on the home front, that I find going to work on a Monday very difficult. So, I have started to make more of an effort.

Monday is now the day for one of my best outfits. Sometimes, I even clasp the pearls around the neck. Sleek, sophisticated, it means nothing to anyone else, except me and that is all that matters.

Wednesdays are “formal day” at our school where all students have to wear full day uniform. Absolutely no sports clothing. Teachers had also taken to dressing more formally on a Wednesday to model the correct behaviour for students, something many of them don’t get at home. Male teachers wear ties, in even the summer heat. Raise the bar, don’t lower it.

I like it, for not only does it make me feel better about myself and my work, but I think I teach better as well. I am more professional and more committed. I know, the clothes we wear are nothing more than a placebo but if it helps me hang onto the precipice a little bit longer, I am not going to dismiss it.

Sitting beside my mother’s bedside, I prattled on with all the extended family news that I could foster. Mum’s sister had a growth removed from her bowel; one of her brother’s has to have his pacemaker reset, another brother has given up a lifetime of farming due to ill health and Dad’s sister, Elizabeth, has died, leaving just one sibling, another sister, from a family of 18 children, now. Not happy news for a woman who may be slipping away as well.

I was able to share one exciting piece of family news, in that the granddaughter of one of Mum’s sisters, is having a novel published later this year. I promised Mum that I would obtain a copy and read it to her once it is published.

As Mum drifted off to sleep, I was left to my own thoughts, and I contemplated how lucky that young cousin was to have the freedom and the courage to write a novel. Now that people marry and have children at a later period in their lives, they are free to unfold the edges of their creativity. Parents are now more able, and willing to support adult children into their late twenties to facilitate that freedom too. More part time jobs to fuel survival and alternatives.

My birthday is is a couple of weeks. I will be 57. I have never worried about “age”, but lately I have wondered where the time has gone. I find myself thinking thoughts and then the realisation that I am facing down 60 comes into my reality. In the truth of things, there is more life behind me than there is in front of me. How did this happen? How did my friends get to be this age too? My siblings are already in their sixties. What were we doing while this was happening to us? Did they realise?

Some would say that we were putting one foot in front of the other, doing the best we could throughout each day, but I don’t know. What is it that we do, only to turn our heads and see the face in the mirror is changed?

All so fast, so very, very fast.

Colleague told me I was looking less than, well, she didn’t actually finish the sentence, rather allowing her words to trail away. Exhausted? Stressed? Anxious? Overworked? As another friend put it, I am not just one of the sandwich generation, I have the whole loaf!

Mother Flamingo Dancer has improved, but is refusing to allow staff to touch her, won’t take any medication and refuses to eat. Sister got her to eat a quarter of a banana and we all rejoiced over that milestone.

She can’t go back into her single room at the care facility, she now needs to be moved into high care, which actually means she has to go into a four bed ward. What can we do; she has dementia, heart failure and is doubly incontinent!

Oh, and of course the surgeons all want to turf her out of her hospital bed, but the nursing staff are all arguing she is not well enough to move yet. Lovely government funding cuts of course lead to staff and bed shortages. 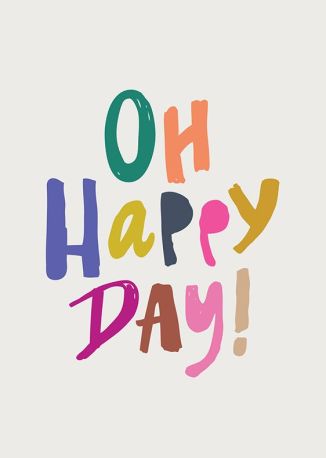 Petite Fille pooped in the potty for the first time. As she emerged from the bathroom, Grandpa FD and I gave her a standing ovation of approval. She beamed.

It was like one of those Oscar moments. I expected her to start thanking God and The Academy.

I am sure it is a moment I will remember for the rest of my life. So proud. 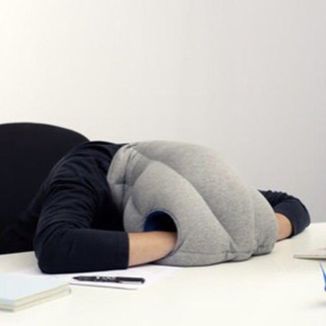 Mother Flamingo Dancer has improved today; more lucid and sitting up in bed longer.  She took some broth, jelly and juice. Tomorrow she is scheduled to commence physiotherapy to help clear her chest.

I kind of hit the preverbal wall today, and slept for large periods of the day. The past 10 days have just been chaotic, and more than a little stressful; so before confronting another week of work I just needed to refill my energy levels and refresh my coping skills.

My aunt, one of Mum’s six sisters and my “favourite” aunt, has been in constant contact which has been so lovely. Poor dear, at the moment she has an older sister, Mum, in hospital in one city and another younger sister, the baby of Mum’s family, in another hospital in a different city. That aunt has had a large growth removed from her bowel. waiting on tests results for that one. They are all getting old…

Tomorrow is another day, another work week. Four weeks of school term until Easter break, and Daughter2’s wedding. Bring it on! 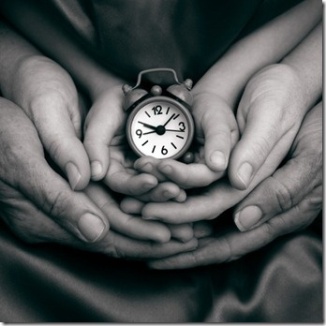 I guess Mum is improving, it just doesn’t feel as though she is. Late this afternoon, they removed the gastric tube, but they have had to start Mum on antibiotics as she has fluid on her left lung.

During the time I spent with her, she drifted in and out of sleep, and mumbled from time to time, but little of it made sense. We tried to get her to eat some yoghurt and jelly, but she refused both.

She looks so fragile. I held her hand and stroked her head as she slept. It doesn’t feel enough.

As a week, it can pack its sodding bags and hit the road!

First, we sardined an extra three family members, along with much of their goods and chattels,without warning into our home. Then, we had the sad loss of someone we hoped was going to be another little member of our flock later in the year. A hoped for sibling for Petite Fille.

On the same day, my Mum was rushed to hospital and underwent surgery to remove a stone, the size of an orange, yes an orange, from her bowel. BOWEL. The poor woman will be 88 in two weeks! The care facility only noticed something was amiss when she started vomiting what looked like fecal matter. They have drained litres of fecal matter since.

Just by, well, I was going to say coincidence, but I think it was more divine providence, my sister and I were at the care home to attend a meeting called by government agencies to discuss some major concerns that had led to sanctions against the management. We were no sooner seated at the meeting, when nurses tapped us on the shoulder and told us Mum was vomiting. Before we even got to her room we demanded that they call an ambulance, which they did.

From there, she was accessed and the decision made to transfer her to a large regional hospital. The story unfolded as described.

Mum is doing as well as expected. She still has drains ridding her body of poisons.. As she suffers from dementia, she is more than a little bewildered, but she co-operates with nursing staff and they reportedly think she is quite sweet, so she must be on her best behaviour. It broke my heart to see her looking totally bewildered the night the ambulance arrived.

She must have been in a good deal of pain, which has been confirmed by the surgeons. So, if the care facility thought that had issues before, well they have a few more now – my sister and I for a start!

For now though, we are just hoping Mum continues to improve and that no complications set in.

But, I tell you, I am so going to beat someone with a stick! 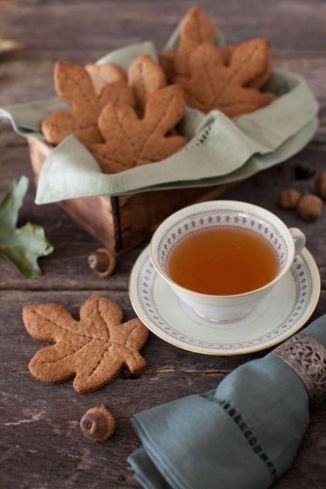 This is about as close as I am going to get to falling leaves in subtropical Queensland but at least eating leaf cookies is better than raking leaves.