From the bedroom I heard a scream of pain and rushed out to find him  lying on his back, on the floor. Augie Dog was dancing about him adding to the indignity and discomfort. Luckily, Mr FD had managed to protect his knee, keep the leg straight and twist onto his back as he fell. Painful, but no real damage.

It was quite a feat getting him to his feet and I have to admit, not the most elegant of operations, but we achieved sitting him in the chair, no longer on the floor beside it.

I was explaining in a text to Daughter2 and she asked, “Was Dad like a cockie [cockroach] on his back?”

We are not the most sympathetic of families.

Friend One contacted Friend Two about our friendship group getting together. Second friend is out of town so forwarded the message to a third friend who contacted me. Much texting and we settled on dinner, Saturday night.

Lost a chunk of Friday night’s sleep fretting about being well enough to join friends for dinner Saturday night. Still coughing, especially if I talk too much, or even a sentence or two; deaf and generally miserable.

I haven’t seen Friend One for about two years so really wanted to see her, but I felt horrible (still), and then there is the guilt of spreading the horrible flu to others, and the indignity of coughing lungs up over the restaurant table etc.

In the end, I decided I really wasn’t up to a night out and sent all a text apologising.  Minutes later a reply from Friend One.

“I am really sorry that you are ill, but it is next weekend I am in town!”

Chinese whispers would have resulted in Friend Three and I sitting at the table waiting for her arrival! I am almost glad I was too ill to go now!

Not that we wouldn’t have partied… and will again next week,

A little bit excited for Mr FD spied a nesting pair of galahs in a hollow in one of our trees. We can sit on the patio, tea mug in hand, watching the parents sunning themselves on a branch next to their nest.

I wonder if our tawny frog mouth couple are expecting too?

Furniture made from pallets 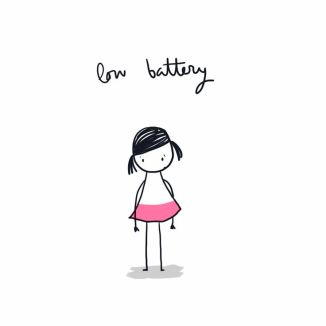 I feel as though I have been living this ‘flu for weeks, instead of a week. Then maybe it is not an exaggeration for in that week I have gone from sleeping with the bedroom windows shut against the winter chill and thick winter pjs, to windows thrown open to the night air and cotton night wear. So much for winter, Queensland style!

On Sunday I was fairly sure I was on the recovery road, but that night took a reverse. Even now, I will be going back to the classroom with a head that feels stuffed full of fluid and ears so deaf that I wander in my own little world. It is such an isolating experience.

I think Mr FD is getting stir crazy too, still house bound except for followups with doctors. All being well I shall take him out to lunch on Saturday. Somewhere fresh and airy, and dare I say it – with other people. 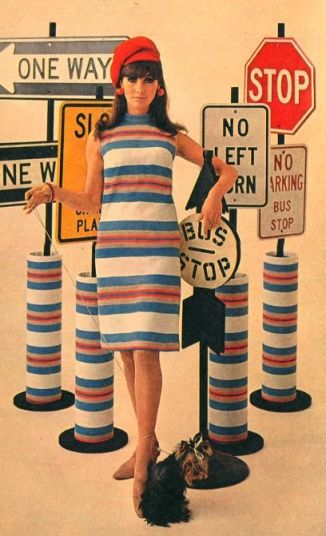 I’ve never been fixated on age; my theory being that age doesn’t really matter for we will all die on the day we are going to die!

Possibly, my attitude is influenced by the fact that there is a bit of an age gap between my elder sister, brother and I – eight and six years respectively. No matter my age I will always be the youngest!

Recently, I have become a little more “aware” of the ageing process; not my age though, my eldest niece’s!

Favourite Eldest Niece was born in the middle of my teenage years. I can still remember sharing the news that I was an aunt with my high school friends! So, in some ways, we “grew up” together.

Niece turned 41 at the weekend and that makes me feel old!

It doesn’t really make sense, I know, but her entering middle age actually makes me feel older than the fact that all my children are now in their thirties; or that I am  grandmother!  Go figure.

Every day, I text or email “Good Morning” to my daughters and we continue a sporadic three way conversation through our days. On the first day of my flu symptoms it proceeded thus:

FD: I have ear ache and runt nose now too. Cough more frequent.

FD: I think it is connected to being the youngest in the family.

Daughter 1 : Smaller noses are all the rage in Hollywood. People pay for theirs to be made smaller.

I was blaming Augie Dog for the funky smell. but this morning I had to admit I was probably the major source. Three days have passed since I had the strength, or inclination to take a shower. Neglect of personal hygiene has not suddenly become a life style choice – I am down with the flu. Minerva’s flu (that is a revenge plot for another time…)

4 in the morning and Mr FD, who has moved into a spare room to try avoiding adding the flu to his knee replacement issues, was rattling in the kitchen. He had decided to make himself tea. I was informed that there was a cup there for me, but he was unable to manage cups and crutches at the same time, so it necessitated a brief  vacancy of my bed. I will rise from a sick bed for a cup of tea every time.

Problem was the movement of walking and the pressure on my lungs from the few words I uttered to Mr FD sent me into a lung rattling, gut spewing coughing fit that hit without warning as I claimed my mug and so a sizeable amount of that life saving tea went across the kitchen bench.

Augie stayed bedside, where he has spent most of his time since I took to my bed Wednesday night. Yet, the fruity aroma followed me. Even in a flu haze I realised it was moi. The ricocheting fevers and chills had done their worst.   Ripe.

So after dosing on every medication I could lay my hands on, I did indeed shower, and change into fresh pjs. It didn’t make me physically feel any better, but at least no one will need a gas mask to enter the bedroom now. And if I do pass, the morgue attendants won’t assume that I went into decomposition days ago!

It occurred to me, that toe nails are sneaky little sods. One day they are all very neatly aligned and sitting elegantly in your shoe, and the next they appear to have grown into talons while you sleep.

This opinion was formed as I balanced on the toilet seat hacking into my toenails with a pair of scissors. They were soft after my shower and so easier to control.

My shower was extra long and extra hot, as I am exhausted. Minerva has the audacity to have come down with the flu, and so I was solo all day.

It is alright when I am sick, she just gets to do her job as usual, but when she is ill, I cover her job and mine simultaneously, which is not easy when my job is teaching! Thankfully she only has one, or two sick days a year (unlike me!). Last year, I don’t think she was away at all; her mother was ill and Minerva required time off to care for her. I hate people who never get sick, but I hate it more when Minerva gets sick.

The day was tailed by a last period lock down and evacuation. No warning, so we weren’t sure if  it was the real thing, or a drill, so we took it all seriously. The library is one of those places where students run to if they are not in a classroom when the lock down music sounds. I think I ended up shepherding 10 students into the amphitheatre.

The I.T. Teacher followed us in, instead of following his team into the safest place in the library – the windowless toilet! He knew Minerva was away and I was solo, so he decided to assist. That was really nice, but it was sort of negated by him sitting with the kids and talking about guns and how someone might want to kill us.

When the evacuation message followed we didn’t know whether we should actually evacuate. I mean, what if someone was prowling and had activated the message to get us outside? The IT team (men!) came out of the toilets and headed outside and so we all followed like ducklings a little behind, to assemble on the sports oval. The consensus was that they would take out the guys first and we would have time to run back to the Library!

One of my home class students, a gorgeous young man who has taken on the persona of a grumpy old man, joined me, demanding that I find out which class had been in his classroom previously. He had sat on chewing gum and was none too pleased. I told him to put his pants in the freezer when he got home, and he looked at me like I had suggested some strange sexual ritual. I started to explain, but the deputy principal announced that we should all go back to our classrooms and so he walked away.

I wonder if he will be in home class tomorrow? 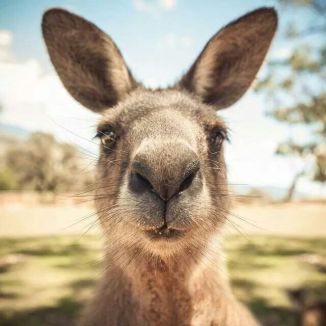 Seated at the dining table, we looked out the glass doors to the front garden  to see a wallaby standing on the lawn a couple of meters from the house, watching us intently.

I felt like I was in a version of that television ad where the Grandfather and young boy are looking at an older couple in a sports car inside a museum exhibit and the child asks “What are they doing?’ and Grandpa answers “They are retired, they did that when I was a child.”

I could just imagine the wallaby thinking, “Those are humans, back when they thought they owned the earth.”