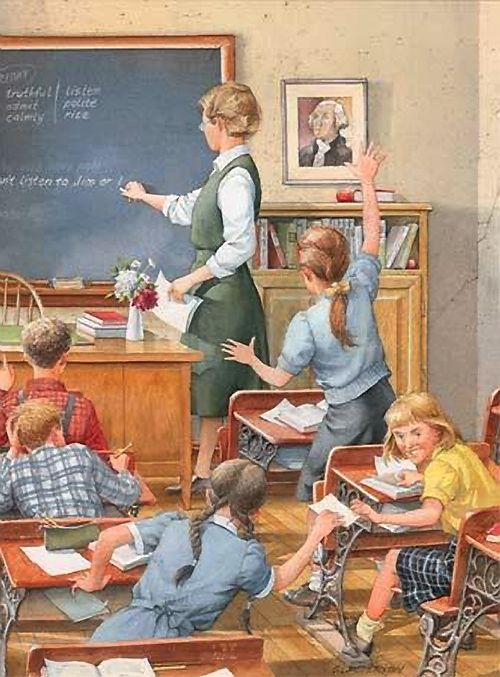 Shattered is the word used by Mr FD to describe that emotional, mental and physical feeling that accompanies total exhaustion, or burn out. Shattered is how I feel on this, the first weekend of our Spring vacation.

Last day of term we had a “carnival” day for the students. The school’s parents and friends association donated a rather sizeable amount towards the day, which allowed the hiring of jumping castles, mechanical bull riding – well, just about every inflatable activity there is! Plus the art department created a “gratitude garden” with individually decorated stones the students painted; and there was refugee letter writing in the library. The day started off with a scavenger hunt which had students running in and out of the library, one of the clues on their map.

Morning tea was a “bring a plate” shared feast (usually mums send a packet of potato crisps!), and lunch was “free” beef or chicken hamburgers. Snow cones were sold and donations asked for, to raise money for this charity.

It was a great day with teachers and students bonding and just having old fashioned fun. Nice way to end term three – yes, three quarters of our school year done and dusted!

This, in the same week as we started strike action for parity of salary compared to the rest of the catholic teachers in Australia, and  paid leave for  term time support staff . School officers should not be expected to go unpaid during vacation time – respect and recognition for the role they play in our schools means they should be supported financially during the down times so that they continue in their roles and their experience is not lost to the schools.

Our strikes were merely an hour stop work meeting, the wearing of badges and refusing to attend staff meetings or undertake after school activities.  We now have the legal right to continue  action. It may lead to whole day stoppages next term.

In reality, classroom teachers are paid about $10,000 a year less than other states – we all get the same state and federal govt money. It is more complicated than that of course, but some times one has to make a stand. As it is we only get paid for a 30 hour week, and no one works just 30 hours. Even our vacation time is taken up with either marking, planning or creating resources. Soap box stuff, I know, but if they want “better” teachers then pay parity has to be in the mix to retain and attract quality teachers. Too much burn out.

He Who Never Shuts Up is not a union member, but naturally stands to gain if negotiations are successful, zoomed into my office as soon as the stop work meeting was over, to try and find out what went on. I refused to say anything and he eventually got the message and moved on to his next prey. If you don’t join the union, you shouldn’t get the information as far as I am concerned. A bit like people not voting. In my mind, if you don’t vote then you don’t have the right to complain about the government.

In all, it was a week that was a little different to the other 39 of the year. Then again, every week has its own personality and issues. As Ned Kelly supposedly uttered “Such is Life”.

3 thoughts on “no merry go rounds, but a lot of hot air blowing”