On the drive back from Toowoomba we succumbed to curiosity and wandered off the highway to discover a most surprising site – Woodlands of  Marburg.  Marburg is a small township of  about 500 people, located 60 km west of Brisbane

Woodlands of Marburg was built in 1890

During the last century, the property has developed a diverse and significant local history with unique characteristics from each period including a hand dug swimming pool, a Grotto (open-aired chapel) and even a small cemetery from its days as a seminary in World War II

In 1870, the land which the property occupies was chosen by Charles Smith, a sawmill operator from Walloon, to relocate his thriving business.  By 1890, the Woodlands mansion was completed and became the family home to Thomas, Mary and their 11 children.

Trackson’s Electrical and Lighting Company were commissioned by Thomas to erect a telephone line from the estate into the Marburg township. Woodlands was the first estate of its kind to install electricity in 1885 in the mill, office, stables and mansion. In fact, Woodlands was lit even before Parliament House in Brisbane! 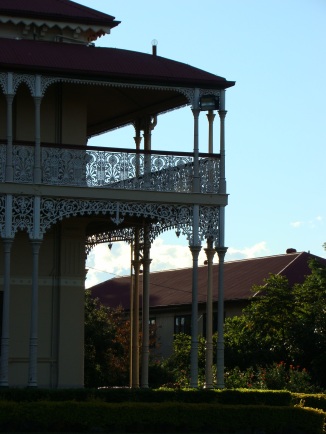 In 1944, Woodlands was sold to the Order of the Divine Word, a missionary order founded in Holland, to be used as a rest home for missionaries evacuated from New Guinea during World War II.

Due to the rising maintenance costs, the Divine Word sold 250 acres of the 500 acre estate – The remaining land was retained in the hope that they would one day be able to return to build a new retreat.

even the old sheds are gorgeous!

The Ipswich Grammar School purchased Woodlands in 1986. Over the next sixteen years, it played an important role in school life, being used for personal development courses and extension activities. It also operated as a corporate retreat to support the maintenance of the estate’s buildings and grounds. 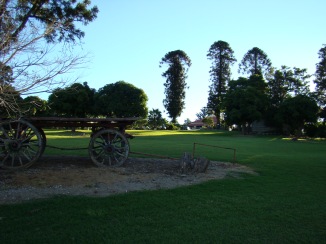 In September 2002, the Woodlands estate went under the hammer again, this time purchased by a local family, the Coopers, who opened the estate to the public and began restoring it to its original glory.

The mansion and its grounds are rich with history and tales of its owners and visitors, alike which are told through the remarkable architecture and furnishing that have been preserved and restored.

Still owned and operated by the Cooper family, Woodlands of Marburg is now a popular and unique location for romantic get aways, day visits, dining and weddings and corporate incentive and team building events.

The view from Woodlands of Marburg 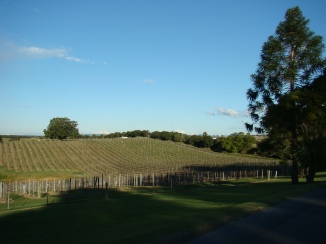 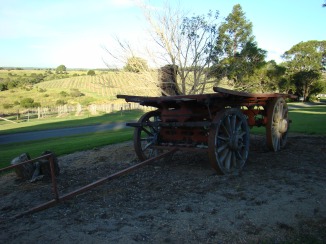 Mr FD and I drove to Toowoomba today on business, but we did treat ourselves to lunch at one of our favourite eateries. 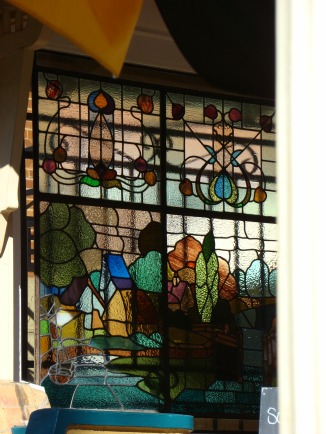 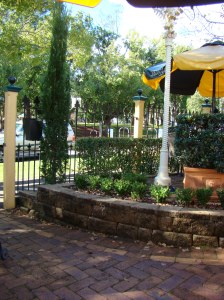 Oh, yes I did remember to eat!

yummy beef burgers and a pot of Irish breakfast tea

We lived in Toowoomba for over 25 years and I do miss the lovely old buildings and the beautiful old trees. 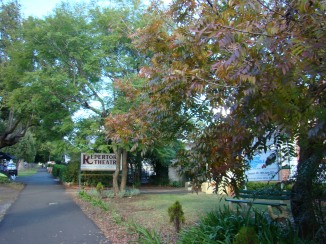 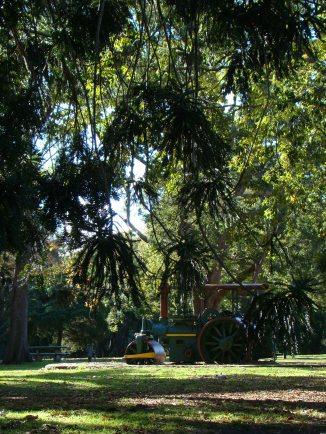 The only way to do Monday, I say! 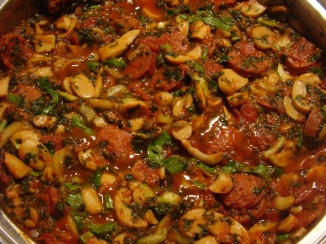 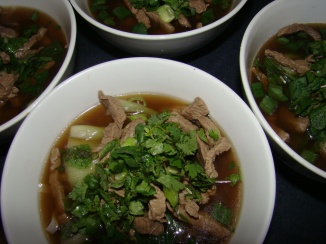 2. Bring to the boil, reduce heat to low and simmer, uncovered for 15 minutes.

3. Add baby bok choy and cook for 1 minute or until just wilted.

4. Meanwhile, place noodles in a heatproof bowl and cover with boiling water. Stand for 3-5 minutes or until softened. Drain noodles and divide among 4 serving bowls.

5. Add beef to broth for 1 or 2 minutes, then ladle beef broth mix over noodles and serve.

Chicken or pork fillets may also be used. 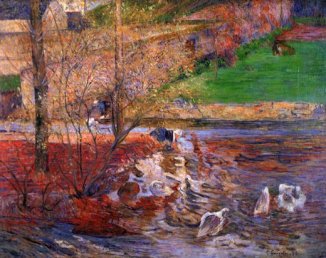 You do not have to be good.
You do not have to walk on your knees
for a hundred miles through the desert, repenting.
You only have to let the soft animal of your body
love what it loves.
Tell me about despair, yours, and I will tell you mine.
Meanwhile the world goes on.
Meanwhile the sun and the clear pebbles of the rain
are moving across the landscapes,
over the prairies and the deep trees,
the mountains and the rivers.
Meanwhile the wild geese, high in the clean blue air,
are heading home again.
Whoever you are, no matter how lonely,
the world offers itself to your imagination,
calls to you like the wild geese, harsh and exciting–
over and over announcing your place
in the family of things.

As I returned to bed from the bathroom, Mr FD warned me to “Watch out for the boa constrictor “, that apparently had taken up residence in our bed during my brief absence.

Mr FD added “Don’t be too concerned as he has just constricted nine llamas and a camel, so he is not too hungry at the moment.”

“Is there going to be flatulence problem?” I asked.

“That may have occurred already.”

That was why our bedroom air conditioner’s fan was on high despite it being 9C. Damn boa constrictors.

“No need to embarrass him any more than he is already,” advised Mr FD.

“Tell him to move to your side of the bed,” I instructed as I crawled back into bed, “and tell him to stay there!”

Are any other Australians really, really ANGRY that BIG tobacco has enlisted the aid of Peter Allgeier , a former US ambassador to the World Trade Organisation (WTO) to help it fight the Gillard government’s plan to introduce plain packaging for cigarettes? To do so they are enlisting other countries such as Malaysia to pressure the Australian Government.

Are any other Australians, and I hope a few Americans, really, really ANGRY that Republican Donald Manzullo, who sits on the House of Representatives congress committee on foreign affairs, sent the Australian government a letter criticising plain packaging, which states: “Not only does it violate Australia’s global trade obligations and undermine trademark protection, but it also has the negative effect of emboldening governments less committed to intellectual property right protection to dismiss global trade rules”?

Are any other Australians NOT SURPRISED that Big Tobacco are strong supporters of the National Liberal Party in Australia? No doubt also the Republican party in America.The federal government says that 97 per cent of British American Tobacco’s political donations worldwide in 2010 went to the Liberal and National parties.

Tony Abbott can ride his damn bike as much as he likes, but he doesn’t give one real care to the health of ordinary Australians. Hypercritical bastard. 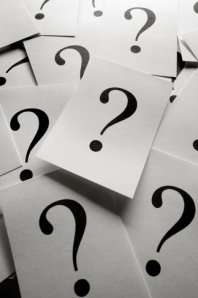 A day or two ago I bandied the following statistic about wildly to make a point about our irrational fear of germs; and I have been feeling guilty ever since. [post titled whitewash May 25th 2011].

A 17 year study by the Environmental Protection Agency found that women who work in the home have a 54 per cent higher death rate from cancer than women who work outside the home.

No doubt, you are asking why I am experiencing such feelings using a statistic provided by a reputable organisation such as the EPA.

I don’t for a moment doubt that the statistic is correct. My feelings arise from the way I have used it to support my argument, without really knowing the background of how, or why that statistic was created. What was the context?

I read the statistic in a book that had the agenda to promote organic food and household products. They did not provide any background or context for the statistic.

Now, I am no mathematician (that sound you hear is MR FD laughing). I have been known to email a daughter urgently for assistance on working out some mathematical equations when merely calculating students’ marks! The last time I studied mathematics was in year 10 at school, for in my day, one was not required to take maths in final years.

However, I know enough that we can make statistics say whatever we want them to say.  So my unease arises from the following questions:

When did the study take place? If it was in the early part of the 20th century it might have been before industrial laws protected people in the workplace and maybe there were working women dying early deaths due to workplace practices.

I am sure that you can all add many more questions to the list, and rightly so. My point is that we need to look critically at the information that is pushed our way each day.  Where has that information come from, and what authority do they have? What is their agenda? Usually it is to persuade us to their view or to take the action that they desire.

Simply we need to ask : who, what, where and why, but also when. Who created this? Too often it was sponsored by a multinational. What was the context? Where was it created;   is it a large sample or a small sample? Why – the reasoning, the agenda and its intended use. When – is it relevant now?

My sister used to have a habit of saying “they say”. “They say that women who work in the home have a 54 per cent higher death rate from cancer than women who work outside the home.” It made me angry when she did so, for the first question I always had in my mind was “Who are they?” Usually the source is some purveyor of fear, who wanted to use that fear to either promote a television show, their agenda or to sell a product. That is not always a bad thing of course.

So, what I am basically saying, dear reader,  is we need to think critically about the information we absorb, use and replicate. I am in no way saying become a sceptic, because then we risk falling prey to conspiracy theories and asking presidents to produce their birth certificates. I mean, make that information stand up and prove their bona fides.

One last point, has occurred to me as I write this – what is our agenda for believing the statistic, or not believing for that matter? Are we searching for information, for own knowledge, to support our own agenda or to convince us of something we want to be convinced of in the first place? I am reminded of that enduring, Arts students’ quip; “is my truth, your truth?”

I have asked lots of questions, and I make no effort to provide answers. I have learnt over time that there is rarely one zip less answer to most questions, it all depends on what you want. The one answer I can provide is to suggest that you think critically about the information that you select, and the knowledge that you create. 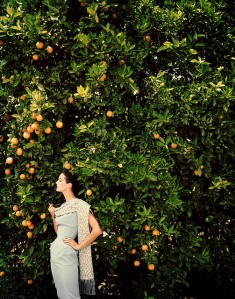 oranges may not always be oranges when they are statistics 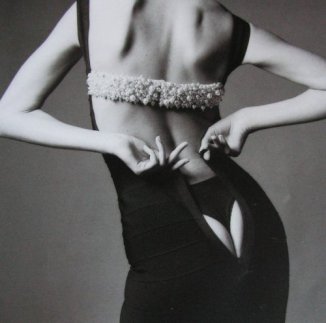